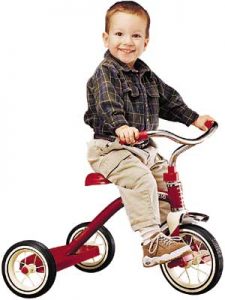 When I was three I decided to tricycle around the world. My parents were excited and felt it would be an educational experience. And they said I would be safe because tricycle’s tires are made of hard thick rubber and can’t get a flat.

My mom packed me twenty-five butter and jelly sandwiches and put them in my Banana Splits nap-sack. I started out from Provo, Utah on a Saturday morning. My parents took a lot of pictures and waved good-bye.

I made good time as I peddled with a fury. I was born with the extraordinary talent of non-tiring legs.

I rode my trike along freeways. Cars honked and people waved showing their encouragement.

By night I reached the coast of the Atlantic Ocean. I got out my air mattress from the nap-sack. I blew it up and put it on the water. I got on and latched down my tricycle with string. I laid down and was lulled to sleep by the waves.

When I woke up I was on a beach on the coast of Morocco. I deflated the mattress, put it away, and set to rapid fire peddling. That night I’d made it to Jerusalem, Israel. I slept in a barn in a hay filled manger just like the baby Jesus.

I woke up the next day, riding like a speed demon until I made it to the east coast of Vietnam. On the beach I met an oxen named Derrick. He asked me where I was from. I said America. He asked what it was like. I said it was a lot like Vietnam but not as hot.

That night I slept on my floating air-mattress on the South China Sea. I was woken up by the sounds of a boat’s horn. I saw my dad steering and waving from a boat while my mom waved as she trailed behind on water skies. I found out later they decided to take advantage of my not being home and took a trip to Hawaii and rented the boat.

Since I was awake, I got in the water and kick paddled my air mattress until I reached San Francisco Bay. I slept that night on a cot in a cell in Alcatraz Federal Penitentiary. They had an empty cell because the previous lodger got the electric chair the night before.

The next morning I got a boat ride to San Francisco from the warden. I rode my tricycle with glee and ferocity until I arrived home that night as my parents were pulling into the driveway.

My parents unpacked. My mom made macaroni and cheese. We sat on the couch and ate on TV trays while we watched The Brady Bunch. 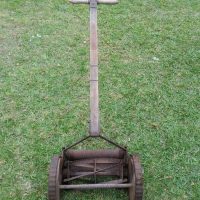 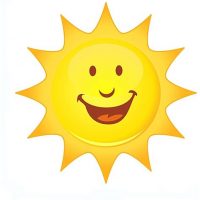 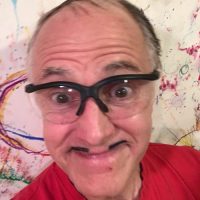